Surplus: Saving the planet an apple a day

“If food waste were a country, it would rank 3rd behind China and the US for yearly greenhouse gas emissions.” – UN Food & Agriculture

We love food, but we also love throwing it away

Pizza, curry, ramen, soto. Food is central not only to our survival but also to our cultures. There is no denying that we love food, but unfortunately, we also love throwing it away. The UN Food & Agriculture estimates that globally around 1/3 of food goes to waste. If all of this food were instead turned into meals, we could feed as many as 1.8 billion people – which is at least twice more than enough to fix world hunger. On top of that, food waste has been estimated to be responsible for 8% of global emissions not only from the energy and resources used for their production, but also from the methane gas that they emit when they decompose. In our own backyard, Indonesia wastes up to 48 million tons of food per year, making us the second-worst among G20 countries. 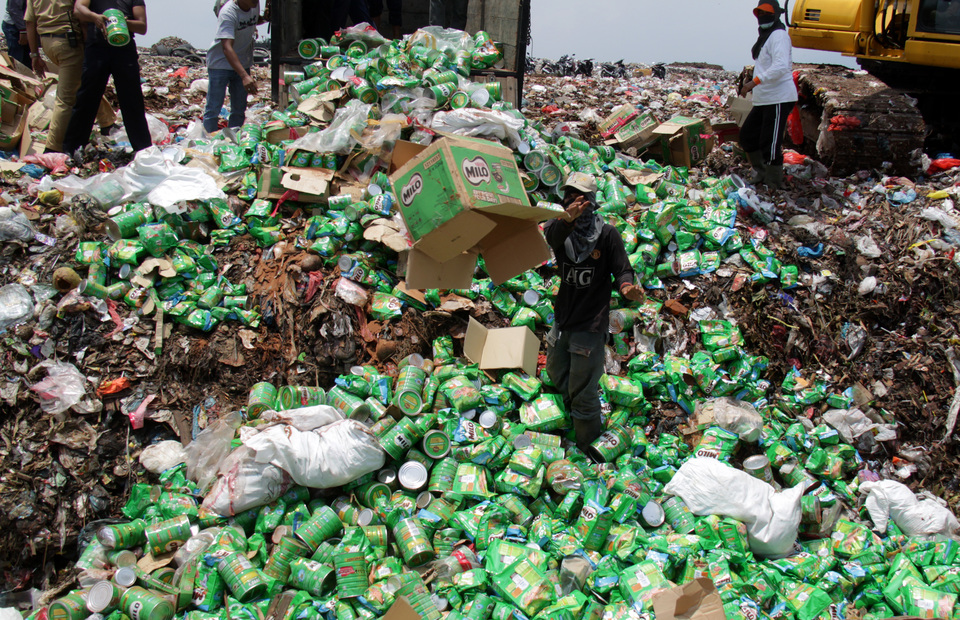 After that, there’s still the challenge of supermarket aisles. People shop visually and like to impulse buy, so one of the best ways grocery stores use to sell food is by creating an illusion of abundance, by purposefully overbuying produce, which inevitably leads to waste.

After the point of sale, the problem continues. Hotels, restaurants, and households account for the majority of food waste in the world. In this age of abundance, it’s tempting to buy food just to fill up our homes which leads to the eventual cleaning-out-the-fridge activity that comes with it. In addition to overbuying, there’s also a serious lack of clarity when it comes to expiration dates. We’ve seen labels like ‘use by’, ‘best by’, ‘enjoy by’, ‘fresh by’ which create confusion and misconception because these are often indicators of quality rather than safety – and the reason is that these labels are rarely regulated. The lack of clear information regarding when food actually goes bad means that consumers throw out perfectly edible food well before it expires.

What is Surplus and how they’re helping

One way of solving food waste is by enabling access to food that no one eats to the public. It’s clear that we don’t need to produce more food, but we need to connect the excess food that we have with those who want them.

Meet Agung. He is the founder of Surplus, a food rescue startup founded in Jakarta aiming to solve the food waste problem and one of Xendit’s users. Surplus partners with F&B businesses to sell untouched, perfectly edible, excess food on a hefty 50% discount. “We wanted to come up with a business model that is aimed not only to gain profit but also benefit people and the planet at once”, said Agung.

Surplus has over 10,000 user downloads and is partnered with more than 600 merchants in 7 cities and counting. It’s currently supported in Jabodetabek, Bandung, Jogja, and is currently expanding to Malang, with Bali planned on the roadmap some time in 2022. 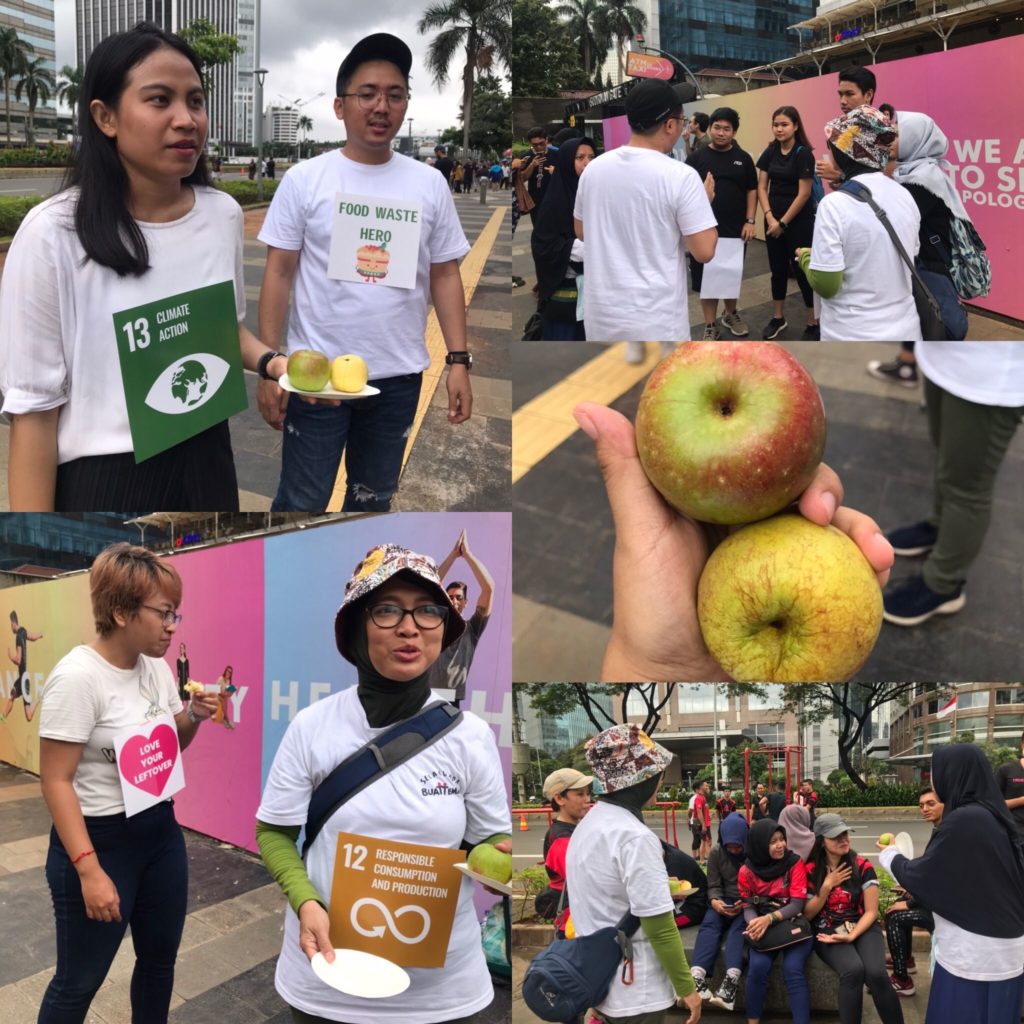 One of the challenges that Surplus faces is in acquiring partnerships with bigger hotel and restaurant chains due to the often false stigma of ‘‘excess food = bad quality food” and that providing it to consumers could potentially harm reputations, even though Surplus works to ensure that the food found on their app is perfectly safe via quality control processes such as requiring health safety licenses (e.g. HACCP, CHSE certification) and food handling SOP documentation from their partners.

To convince consumers that their food is perfectly edible, Surplus also encourages its users to review their food. After more than one year since Surplus was founded, there are zero complaints about the food quality found on Surplus. To add, here’s the incredible impact Surplus has had on Indonesia’s food waste problem:

Aside from the app, Agung also founded an NGO called Yayasan Surplus Peduli Pangan which currently has an active community of ~600 members that enact food rescues and social campaigns to the public. Yayasan Surplus Peduli Pangan works with the Indonesian government and other local NGOs in their goal to bring down food waste in Indonesia by 20% by 2030 – which aligns with the goal of the UN World Food Programme.

“Talking about food waste is at the same time talking about food security. In less than a decade, Indonesia will have to feed 300 million of its people and that means there will come a day when we would not be able to feed our children if we continue wasting food as we do today. As bad as the COVID-19 pandemic is, the food waste pandemic is much worse.” – Muh. Agung Saputra, founder of Surplus

What can we do about it?

All that said, there are many factors that contribute to food waste at every stage of the supply chain, and it’s impossible to lay the blame on just one thing. Luckily, there are very real and tangible solutions that we can do:

“Anything that we can’t do forever is by definition, unsustainable. If we do things that are unsustainable, the damage accumulates, ultimately, to a point where the whole system collapses. No ecosystem, no matter how big, is secure.” – Sir David Attenborough 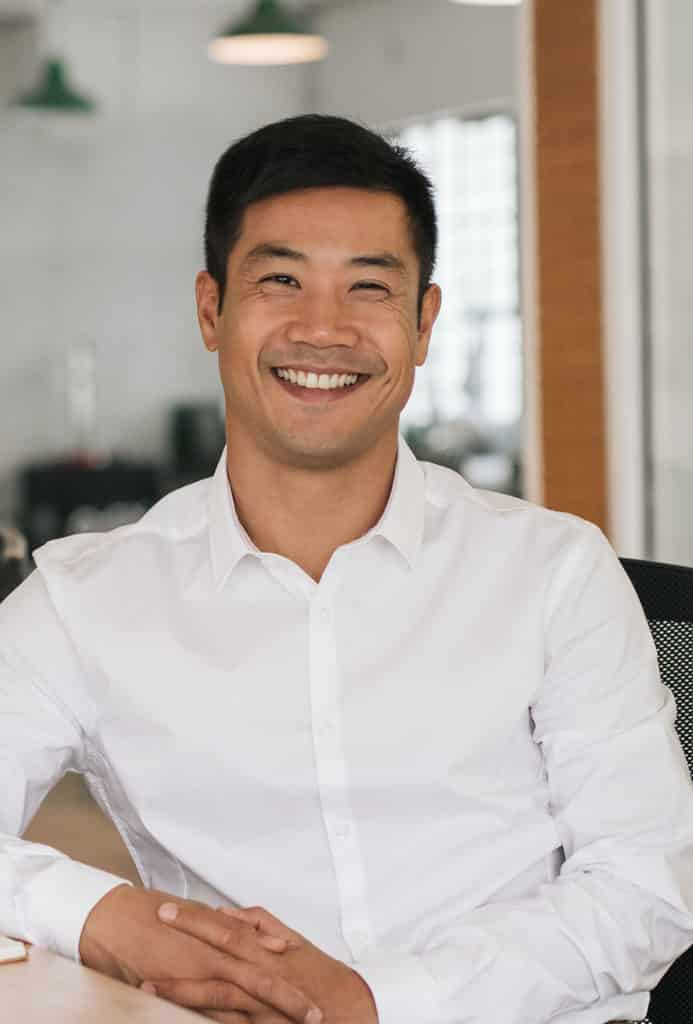